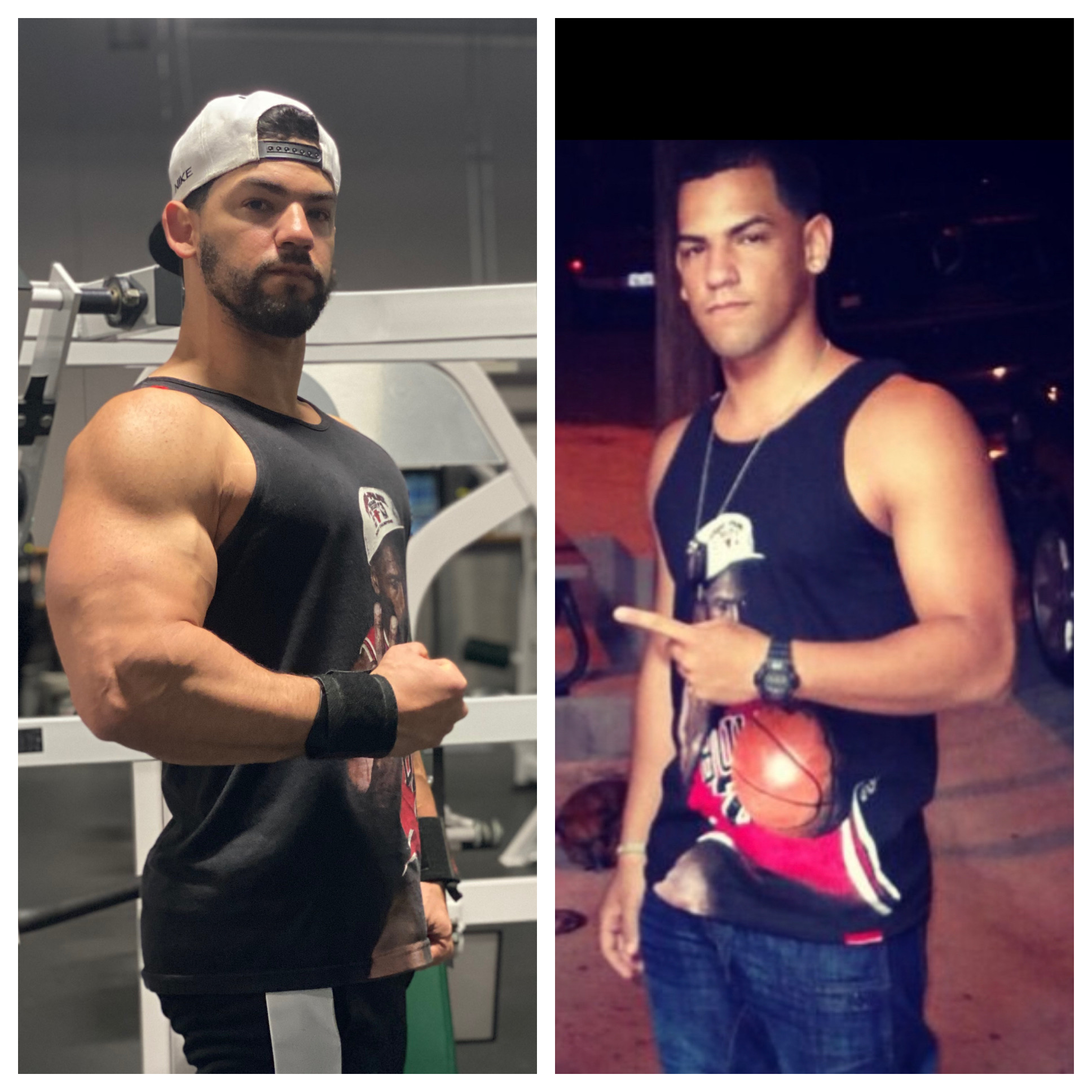 This throwback photo is somewhere between 5 to 6 years old. Back then, I was around 180-190lb. That was what I used to consider to be my “normal” bodyweight after the army.

The photograph on the left shows how much I weigh today – 185lb! No big difference in comparison to me a couple of years ago. So this is for all of y’all out there that just think about the number on the scale. It TAKES TIME!!! It’s more than just a number.

If I was thinking solely about my weight, I would be frustrated right now because 5 years later I still have “the same weight “.  Realistically speaking, on the “before” photo out of those 180-190lb that I had, maybe 130 or 140lb were actual muscle.

My transformation goes to show that your weight isn’t necessarily what determines whether you’re fit or not. However, having more muscle and less fat on a given weight does!!

Get in touch with me:

Let us know if you liked the post. That’s the only way we can improve.
Recommend Article Topics
PrevPreviousWhat is training? A philosophical approach
NextWant to lose weight yet you don’t know where to start? Here are a few ideas.Next